Have you ever gasped at a bill at the end of a night out? Most of us have, and normally it’s more the result of one too many shots or drinking in some overpriced chain restaurant. But there’s a certain calibre of people who could never imagine worrying about a bar tab, the type of people for whom $40 is a relatively standard price for a drink.

Where would these people go for a night out? Wouldn’t you like to know? But don’t worry, while you might not find yourself sipping on a Cocktail in a Tokyo skyscraper or enjoying a poolside refresher in Puglia, we’ve put together a list of bars these high rollers call home.

Sitting above the skyscrapers of Shinjuku, sipping on a drink in a dining hall with a live DJ playing cool tunes. Doesn’t that sound like a dream? Well, for some people this is a reality. If you can afford the lofty prices of this 41st floor establishment, the Peak Bar offers one of the most exclusive drinking experiences in Tokyo. Japan is famous for its work hard/play hard mentality, so it’s no surprise the country offers many an elite establishment, and Peak bar is at the top of the pile.

If it’s a taste of the Dolce Vita you’re after, look no further than the Coccaro Beach Club. The famous establishment is the perfect place to sip a glass of crisp iced white while watching the sunset on the Mediterranean.

Complete with exclusive beachside gazebos, tasteful music and plenty of sun, the drinks menu here is comparatively cheap when placed alongside some of the other places on this list. So, if you ever find yourself in Italy with a bit (or quite a lot) of spare euros, head on over to Coccaro Beach Club for the evening of your dreams. 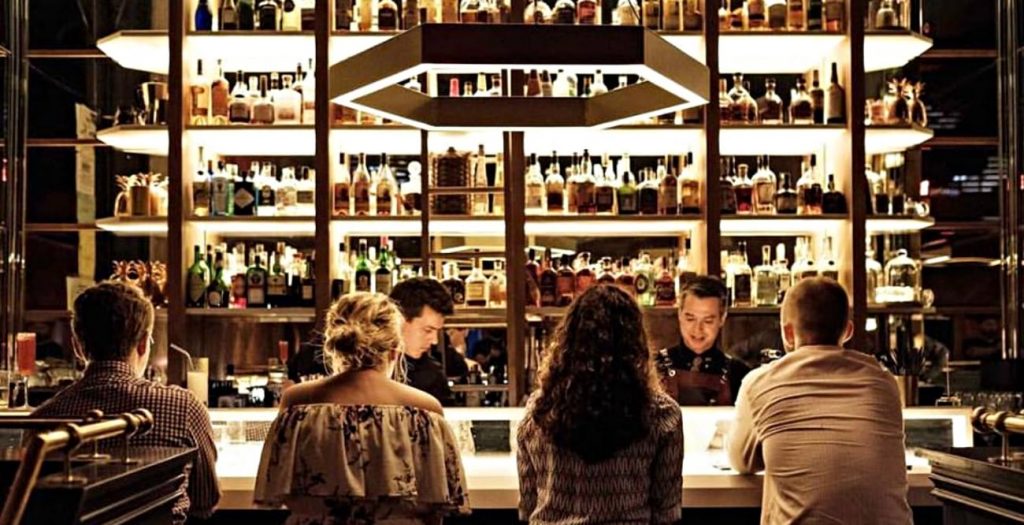 While Detroit is often thought of as a crumbling ghost town, Motor City’s decaying industrial buildings offer the perfect hiding spot for a no-reservation, come as you are bar. If you have a taste for diesel or pure firewater, the Bad Luck Bar will certainly hit the spot – offering a glimpse into the long-forgotten golden age of Detroit.

And with prices hitting as high as $80 dollars, it’ll have to be your own personal golden age before you decide to darken the doorway. If you’re not, the bar might live up to its name once you order the check.